Grabbing both ankles with your head between your knees? 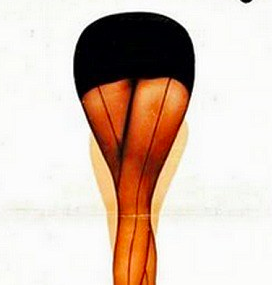 My favorite position happens to be up against the wall in the back right corner of the room so that when I go into balancing half moon, I have a wall to fall back on, should I fall.

Of course I’m talking about yoga, you dirties.

For the three years I’ve been doing yoga (not uninterrupted, mind you), I’ve taken shelter in the exact same spot in the room. The spot that is the least vulnerable and certainly the least visible. When you’re out of practice in yoga, that’s a delicious place to be. Unseen, unjudged.

When you’re in the corner, you avoid much of the risk and challenge that comes from yoga. You’re less motivated to perfect that balance, because you know you can reach out for the wall if you lose it. You don’t go head first into those challenging headstands because you know the teacher can’t likely see you.

It’s safe and warm in the corner.

Nothing can go wrong in the corner.

But, there’s no growth in the corner.

Understandably, my yoga class tonight was chock full of people taking that first step back to health. And despite getting there nearly 30 minutes early, my corners were already occupied when I got there. (Not complaining about a full class – the room was full of the best kind of energy).

So, I took a spot in the middle of a group of people. Surrounded by people, you guys. Where I could be seen on all sides. Vulnerable. Exposed. With one less wall to fall back on.

This was bad. This was really bad.

The class began, and I noticed something changing. I started to lean into what was happening. Instead of feeling totally intimidated by the people on either side of and next to me, I started to feed off their energy. I felt part of a flow that I’ve been missing out on by hiding in the corner. Like I had finally joined the club I didn’t know I wanted to join.

Not only that, but my balancing poses were, like, extra balance-y. Since I didn’t have the safety of the wall, I pushed myself to hold the poses. I fell out of them a few times because my lack of calories from the hours before the class, but I mostly stayed put.

The poses, surprisingly, were easier. Not because I am any better than I was a two weeks ago at my last class (hey, I’ve been sick!), but because of the people around me. I couldn’t hide from them. I was somehow more accountable to myself because I felt accountable to them.

And, the perspective was different. I was smack dab in the center of the room – the symmetry was overwhelmingly therapeutic. Tonight, yoga suddenly became something more than physical.

It’s no genius revelation that changing positions – in yoga and in life – can completely and totally change your perspective. There are times when I feel that stepping out of my comfort zone only applies to important life decisions – moving cities, changing jobs. You know, the big things.

And find balance all on your own.