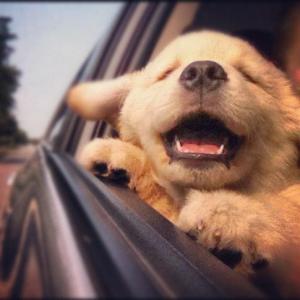 Years ago, a friend of the family told me about a long road trip he was lucky enough to share with my father one Spring. The two of them were en route to the Blue Ridge Mountains for a golfing trip – eight solid hours of meandering through the loveliest of terrains and the highest of hills. If you’ve ever made that journey, you know just how beautiful it can be during certain times of the year.

A post-trip conversation went a little something like this:

Me: “Hey! How was the trip? Did y’all survive the long car ride together?”
Roger: “Meg, if I had to hear your dad talk about one more ‘charming little town,’ or ‘gorgeous Mountain laurel’ or ‘breathtaking rhododendron,’ I would have jumped out of the car.”

Ah, my pops in a nutshell.  The most masculine of men; and yet, when it comes to anything that strikes his fancy – my mom, me, his grandkids, my dog, flowers, the right chords in the right song – he becomes almost embarrassingly effusive (*rolls eyes* – geeeez, Dad). No joy is too small to get his attention. Hands down, his best quality.

When was the last time you got really excited about something? Anything?

Last week, my friend Kristin reminded me about one of our best college memories. Justin Timberlake’s first solo album was being released, and we literally couldn’t sleep. Instead of getting a good night’s rest (oh wait, this was college – did that ever happen?), we opted to get in our car, pajamas and all, and drive 40 minutes to a Wal-Mart in Hamilton, Ohio at 1:00 a.m. to pick up our copy.

We were about as excited as this kid:

Funny – Kristin and I shared many a college memory together (or, so we think. Boone’s Farm clouded the years from 1999-2003 so we can’t be too clear). After we met freshman year, we joined the same sorority and were partners in crime until – well, today actually. And yet, despite all those crazy debaucherous memories, it’s this night we remember most.

No, it wasn’t as cool as heading uptown Oxford for a night out. No, it probably wasn’t all that safe to drive after living through a hangover from the night before. And no, it wasn’t the greatest album in the world. But we allowed ourselves to get swept up in the excitement of something. Anything.

We live in a culture where it’s cool (to pretend) not to care. It’s as if by caring, we betray our vulnerability. Is showing excitement a sign of weakness? A loss of control?

One can only hope. HOW STINKING FUN it is to lose control!

Every day, I try to think of something, anything, that will leave me too excited to sleep. And the older I get, the fewer and far between these experiences become. It’s as if the life experience I’ve had – despite all the goodness – has left me cynical and suspicious.

A conversation from awhile back:

Now, in this case, I got a little “Lenny” on him and squeezed the mouse a bit too tight. Sometimes, being excited can be offputting to those on the receiving end. It’s strange when you witness something so rare.

Rare? But my god, is that sad! Is happiness rare? Is excitement scary? Why are people so intimidated by others who find joy in all things, big and small? Is it envy over their own inability to notice the details that bring others so much happiness?

And yet, despite our fear of excitement, the opposite is just as sad.

Another friend recently shared a story about a girlfriend of hers who “played it so cool in her relationship that the relationship went cold.” What a powerful thing to hear. Of course, there’s a balance, and it’s different for everyone.

My point: Own your emotion. If you’re happy, be happy. If something excites you, be excited by it. If you see something you fear, be afraid of it. If something enrages you, be pissed as all hell. Above all else, I fear apathy. Granted, I’ve never had to work hard to own my emotions, but so often the people in my life have an inability to express theirs and, I believe, it’s kept them from living their one true life.

So, I’ll leave you with this. Evidence of pure, instinctual, unbridled joy. It’s there when we’re babies, but is it lost to adulthood? Where is the joy we were born with?

Go find it. That’s right, y’all. You need to Jessie Spano the crap out of today. Minus the speed, of course.